By Francesca Washtell For The Daily Mail 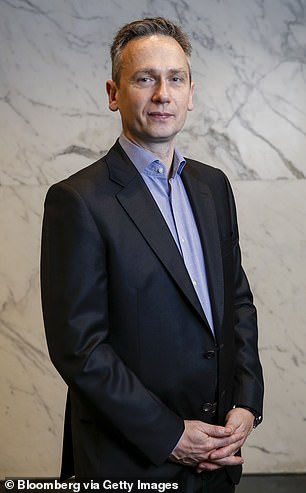 Rio Tinto’s ousted boss was handed a 20 per cent pay rise last year – and could be in line for millions more, despite losing his job after the miner destroyed sacred Aboriginal caves.

The bumper pay packet came even as his cash bonus was docked and £1m was taken off a lucrative long-term bonus plan following the blasts in Western Australia. It takes the total amount the French businessman earned during his tenure at Rio to £24m.

But campaigners and investors poured scorn on the bonus – and the fact that he is still in line to receive up to £28m in the future through share plans – saying it ‘cast doubt’ on the mining giant’s apologies for the disaster. Rio sparked global outrage last May after it blew up two 46,000-year-old caves in the Juukan Gorge to expand an iron ore mine – giving it access to an extra £103m worth of high-grade material.

The two rock shelters showed evidence of being occupied for thousands of years by the local Puutu Kunti Kurrama and Pinikura (PKKP) people and archaeologists had told the firm of their value. The PKKP were left devastated by the destruction, describing it as ‘soul-destroying’.

The explosions were legal under Western Australia’s heritage laws and the plans had been made before Jacques, 49, took over. But the decision to go ahead has prompted a wide-ranging re-evaluation of how mining companies interact with Aboriginal communities.

Rio also bungled its response, with Jacques (pictured) failing to make a public apology for two weeks after the event.

After months of negotiations with communities and shareholders Jacques and two other executives were ousted in September.

However, Jacques did not leave until the end of December. He could have earned around £13m last year if Rio had hit all of its performance targets and he had not had any pay docked. But because he stood down in ‘mutual agreement’ with the board and was deemed a ‘good leaver’, he is still eligible to receive shares worth another £28m at current prices over the next few years. In addition to the £7.2m, he will also take home £519,000 for his remaining five months of unworked notice period in 2021, and £215,000 for his unused leave.

The board defended this move because of his ‘considerable achievements’ during his time at Rio.

The final pay packet was slammed by Australian investor group the Australasian Centre for Corporate Responsibility. James Fitzgerald, its general counsel, said it ‘casts doubt over Rio Tinto’s various expressions of sorrow and regret’. He added: ‘If Jacques had any shame or decency he would donate his payout to an Aboriginal charity.’